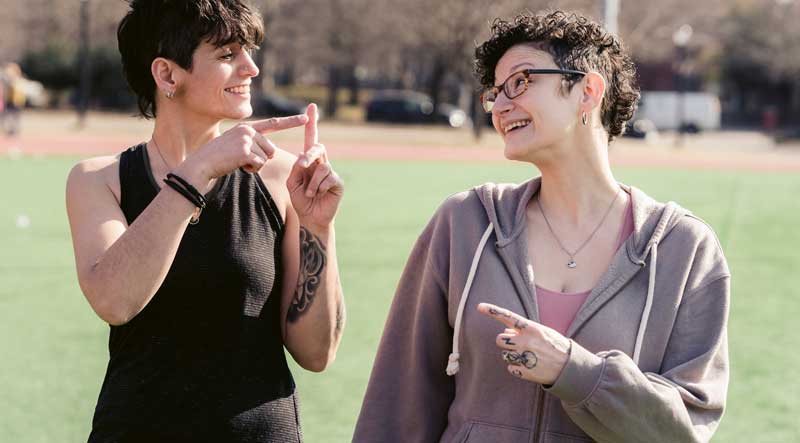 The use of sign language is used in a variety of ways for people to communicate. It’s expressed through manual articulations in combination with non-manual elements and is a full-fledged language with its grammar and lexicon.

Throughout the world, sign language is used and focused on in many different ways. This article provides an overview of how it’s used in society.

Sign Language has been taken up in some communities where the prevalence of deaf people is high enough. These communities learn sign language as a whole to communicate better. Usually, this happens in smaller integrated communities with a close gene pool, including smaller villages.

Telecommunications are being incorporated to demonstrate the ability of telecommunications to help sign language users communicate with each other. Special video phones have also been active in helping deaf people to communicate. In some instances, the individuals can control the other person’s camera when on a video call.

Interpretation of sign language has been widely used on television programmes. The signers usually appeared on the bottom corner of the screen. Throughout press conferences and news programs, sign language interpreters have been actively used. Legal requirements for interpreting sign language in the UK are organised by the Communications Act of 2003.