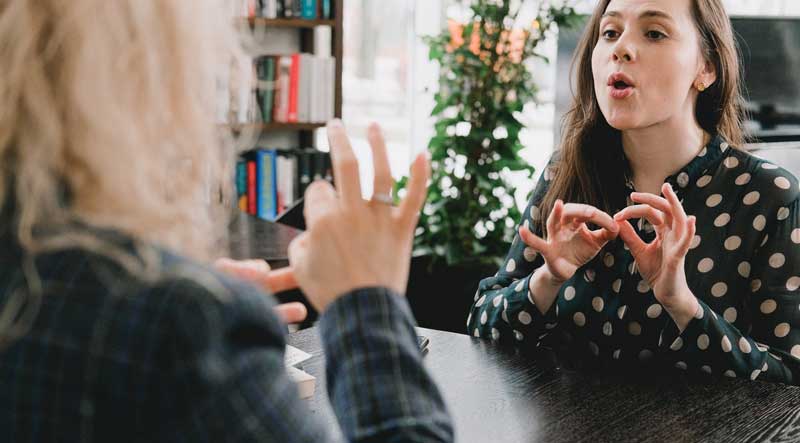 There are between 180-300 different variations in sign languages that are used across the globe. The Natural development of each sign language can be seen as being developed by interactions with various countries. Even with the US and the UK both speaking English as their native languages, the sign language from both countries is completely different.

BSL and ASL both have features that are correspondent to each other but are different languages altogether. The main difference can be seen as ASL involving a one-hand alphabet and BSL involving two hands.

With many individuals believing that sign language is universal in English, it is not. ASL and BSL are unrelated and completely separate from each other, with a significant overlap in vocabulary and signs.

American Sign Language (ASL) is a visual language used by the Deaf community in the US and certain parts of Canada. As with all sign languages, it has its Syntax and grammar. As with spoken languages, ASL also changes from time to time and possesses linguistic properties.

It consists of facial expressions, signals, using physical space, fingerspelling (one hand), signing, and body movements. The same as spoken languages, ASL has its regional dialects and accents. Age, location, gender, and race also contribute to variations in the American Sign Language.

British Sign Language (BSL) is used by over 90 000 deaf individuals in the UK and over 150 000 households in the UK. Household use is due to the study and use of the language by interpreters, relatives, and friends wanting to communicate with someone close to them whose hearing may be impaired.

The main difference between these two English sign languages is that ASL uses one hand for the alphabet while BSL uses two hands. BSL is considered to be a dialect of British, Australian, and New Zealand sign language, although they are different from one another. These languages do share the same manual alphabet, lexicons, and grammar rules.